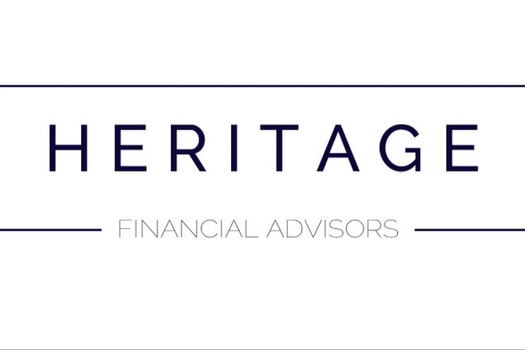 Happy New Year!  I hope you and your family had a wonderful holiday season.  I wanted to give a recap of 2022 and discuss our outlook for 2023.

2022 was a rough year for the global markets and I have been looking forward to turning the page on 2022 since June!  What areas of the markets worked in 2022?  Energy and Utility stocks.  The Energy sector (oil and gas companies) was up over 60%.  What didn’t work?  Just about everything else.  Stocks, as measured by the S&P 500, were down 18.11% with Large Growth Companies (companies like Amazon, Apple, Microsoft, Netflix, Google, etc.) down over 30%.  The U.S. Aggregate Bond Index finished down 13.01%, the worst year on record.  The benchmark 60/40 “balanced portfolio” according to Morningstar, was down 14%, one of the worst years on record.  The reason for the market carnage?  Inflation and the Federal Reserve.  Quite frankly, the Federal Reserve was completely wrong with their inflation and interest rate forecasts a year ago.  In the September 2021 meeting, we were told that inflation was “transitory” and would likely normalize in the spring of 2022 as supply chain issues returned to normal.  They also said there would be NO rate hikes in 2022.  At their December 2021 meeting, the FED forecasted only three rate hikes totaling .75% in 2022 as inflation appeared a little more “sticky” than they thought a few months earlier.   The FED then went on one of the most aggressive rate hike campaigns in history taking the FED funds rate all way to 4.25% from 0%.   What frustrates me the most is that this likely could have been avoided if they had followed the real-time data back in 2021.  Inflation was evident and quickly moving higher in early 2021 as we started to reopen the economy.  The economy was hitting historic growth rates as well in 2021.  There was no need for zero interest rate policy in 2021, nor was there a continued need for massive stimulus spending.  The FED should have started a modest rate hike campaign in early 2021 when the evidence of inflation was building.  This would have completely taken the “shock” out of the markets in 2022.

What did I get right in 2022 with regards to portfolio management?  If you recall my Outlook for 2022, I thought we would see heightened volatility with a likely market correction of 10% - 15%.  I said the major risk was inflation and the FED.  I was underweight stocks vs benchmark models in early 2022.  I was also underweight bonds and decreased allocations to long term bonds in favor of short-term bonds in the summer of 2022.  That proved to be the right call.  What did I get wrong?  As the markets went down 15%, I started adding to stocks.  I took an overweight position in Large Growth companies relative to Large Value companies when the Large Growth index was down about 20% in late spring.  I added to Large Growth and Value stocks again during the summer, moving to a slight overweight position vs the benchmarks.  I did not anticipate the overall markets going down another 10% and Large Growth companies going down another 15%.  I thought we would see a rally in the 4th quarter as the data was clearly pointing to a slowdown in the economy and inflation rolling over.  The rally started to pan out in October and November as the markets rallied roughly 12% on positive inflation reports and lower market interest rates. FED Chairman Powell quickly brought the party to an end at the FED’s December meeting with continued tough talk on inflation and rates, taking the market down roughly 6% in December.  My fear for 2023 is that the FED ignores the data once again and continues to move rates higher than what is already expected.

What can we expect in 2023?  I think the odds of a FED-induced recession now stand at 50/50.  Per my previous emails, according to CNBC, the average market decline in a recession is about 32%.  The average stock in the S&P 500 is already down about 35%.  Thus, I don’t see the markets getting a lot worse than what we have already been through.  The markets could easily trade down to the October lows or even a bit lower but unless there is another “shoe to drop”, I don’t see the declines getting much worse than that.  I think the first quarter of the year, in particular, will be volatile as we have another FED meeting on February 1st and fourth quarter corporate earnings reports and outlooks start to roll in as well.  As I said earlier, the biggest risk in my opinion is a FED that misses the ball (again) on inflation and continues hiking rates beyond expectations, which currently stands at a FED funds rate of 5%.  The silver lining of a recession caused by the FED’s interest rate policy is they can reverse course and begin cutting rates to stimulate growth just as fast as they slowed economic growth with rate hikes.  It is very important to note that the markets tend to move well in advance of an actual economic turnaround and also tend to move higher a full year before corporate earnings bottom out, this according to Tom Lee at Fundstrat.  For the markets to begin to rally, we just need to hear from the FED that they are near the end of their rate hike cycle, which they are likely to be.  The biggest sticking point for inflation this past year has been housing and rents, which is now starting to rollover as well.  Commodity prices have come down significantly as well as shipping rates.  Wage growth is also starting to show signs of slowing, which is all positive for inflation and, hopefully, the FED is paying attention this time.   LPL Research has their fair value estimate for the S&P 500 at 4400 – 4500 by year end which marks a gain of roughly 16% from current levels.  The aforementioned Tom Lee set his target at 4750, or a gain of over 20%.  Believe me, there are also many bearish analysts on Wall Street with predictions of the S&P trading down to the low 3000’s with corporate earnings collapsing.  The consensus is an awful first half of the year with the economy falling into a recession and then moving higher in the second half to finish roughly flat.

Entering 2023, my portfolio models are slightly overweight stocks relative to bonds and still overweight cash.  I have recently increased exposure to bonds in some models and I am still slightly overweight Large Growth stocks relative to Large Value as I believe long term economic fundamentals and consumer behaviors favor that category.  I am always looking for opportunities to deploy cash and if we see continued weakness in stocks or if interest rates spike again, I will be adding to both stock and bond positions.  If you have been paying attention to my emails, you know that I am most optimistic when others are pessimistic…most of the strategists and asset managers on Wall Street are very pessimistic!  I am not an economist, but I have almost 30 years of market experience.  Experience tells me any time you can own quality companies with strong cash flows, strong balance sheets and trading at discounts of 20, 30, 40% or more to their highs, you want to own them.  Bonds are now trading with interest rates at levels we have not seen in decades.  Both stock and bond valuations are looking as attractive as they have in years, and I think long term investors are going to be very happy in the near future for ignoring the naysayers and staying the course.

Please let me know if you have any questions.